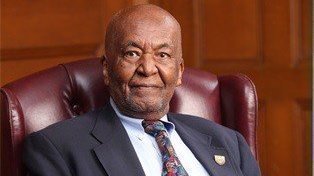 In July 2020, trustees at Teachers College at Columbia University unanimously voted to remove Edward Thorndike’s name from Thorndike Hall. Edward Thorndike’s problematic history has been prominent across campus. In 1898, Edward Thorndike received his P.h.D from Columbia University. Thorndike has made significant contributions in the comparative psychology field. However, according to a report provided to Columbia two years ago, his work, ideas, and credentials contributed to a discriminatory environment on campus in the early 20th Century. In 1902, Thorndike stated the following words for a Teachers College Candidate, that he was “a good man, but I am afraid that he is a Hebrew.”

The Students for Gordon Tower and Social Justice Medicine have launched a petition upon Columbia University’s Graduate School of Education, Health, and Psychology administration and the board of trustees of Teachers College, Columbia University to rename the building formerly known as Thorndike Hall to Dr. Edmund W. Gordon Tower.

Dr. Edmund Gordon Tower was epitomized as “the premier black psychologist” and “the architect of the federal Head Start program.” He was amongst the most prominent African American Educational and Clinical Psychologists. Dr. Gordon’s research promoted the idea of individuals from disadvantaged backgrounds needing a strong community support. He was also a part of the social scientists who brought about a substantial change in the human development field and dissipated a few of the ideas initiated by Thorndike.

Unity for Equality applauds the Teachers College Board of Trustees for its unanimous historic vote to remove the name of Thorndike from the Teachers College campus on July 15, 2020. Unity for Equality also stands firm with the Students for Gordon Tower and Social Justice Medicine in the petition to rename Building Formerly Known as Thorndike Hall to Dr. Edmund Gordon Tower.

All financial transactions are final and there are no refunds. Dismiss