We seek out the world’s most innovative entrepreneurs who share our commitment to standing with the people and give them the capital and tools to grow and scale their businesses into long-term, sustainable solutions. From Upstate New York to hard working families in Long Island, the companies we invest in are serving some of the hardest to reach individuals in the most challenging corners of New York.

The Bronx is the northernmost of New York City's five boroughs and home to nearly one-fifth of the City's population. Since 2010, it has been the fastest-growing county in New York State, driven by immigration. Immigrants are a growing presence in the Bronx, and now make up 37 percent of the total population (twice the share in 1980). Immigrants are also a large part of the borough's economic success, making up nearly half of the work force and 60 percent of self-employed entrepreneurs. After falling sharply during the 1960s and 1970s, the number of businesses in the Bronx has been growing steadily. In 2017, there were more businesses than at any time since at least 1975. Public and private investments have helped create new businesses, which in turn have generated thousands of new jobs. The Bronx added 40,900 private sector jobs during a 10-year period ending in 2017, and was the only borough in New York City that did not lose jobs during the Great Recession. Job growth was fastest in the Morris Heights area, where employment grew by 41 percent. Growth was also strong in the Hunts Point area, which was responsible for nearly one-quarter of the private sector job gains in the borough. The Bronx has set employment records for 10 consecutive years, and the unemployment rate has fallen to a record low. Despite these positive trends, the Bronx still faces challenges. Many residents live in poverty, youth unemployment remains high and there is a shortage of affordable housing. Nonetheless, the Bronx has made great strides over the past four decades. 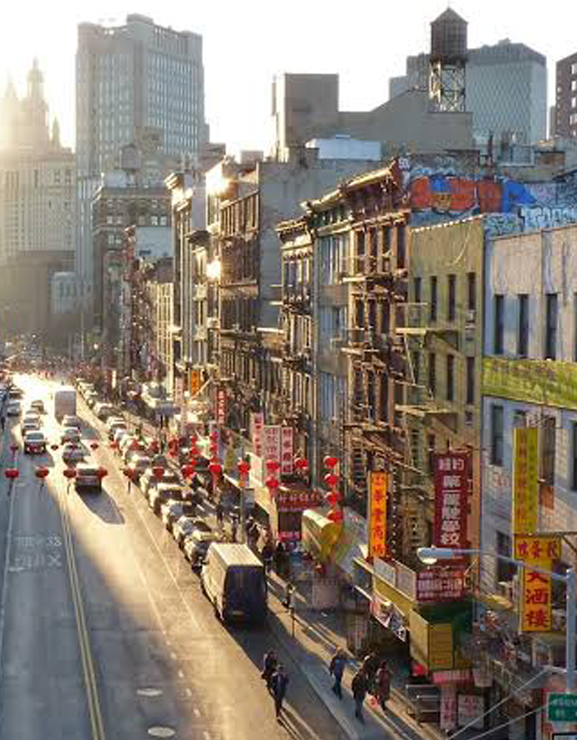 Brooklyn is the most populous of the five boroughs that make up New York City. It has a large foreign-born population, which has contributed to its success, and is one of the most diverse counties in the nation. Private sector job growth has been strong since the recession ended in 2009, outpacing the rest of New York City, New York State and the nation. Brooklyn has gained 172,600 private sector jobs, far more than the 1,400 lost during the recession. Downtown Brooklyn is the City's largest business district outside of Manhattan, and job growth has been strong there as well. The Brooklyn Tech Triangle is now home to more than 1,350 innovation companies. The tech sector has become one of the fastest growing employment sectors in the borough, increasing by 57 percent since 2009. The borough is also home to world-class cultural and academic institutions, which are integral to the local economy and residents' quality of life. With its many restaurants, active nightlife and diverse neighborhoods, Brooklyn is attractive to young professionals. Brooklyn has an extensive transportation network, making it easily accessible to Manhattan. The L subway tunnel between Brooklyn and Manhattan, however, is scheduled to be closed for repair for 15 months beginning in April 2019. Brooklyn has set employment records for eight consecutive years, and the unemployment rate has fallen to a record low. Despite impressive gains in household income, the borough still faces challenges, including poverty and a shortage of affordable housing. Nonetheless, Brooklyn's economy is booming, creating new opportunities for its residents.

The Long Island Region covers Nassau and Suffolk Counties and is part of the New York City metropolitan area. The region's economy has greatly benefited from this connection. Some of the nation's first suburbs were in Nassau County, which grew rapidly in the middle of the 20th century. It now contains some very wealthy areas alongside areas that have lower incomes and problems usually associated with large cities. Suffolk County developed at a somewhat slower pace and benefited from continued population growth over the last few decades, though this growth has also slowed. Estimates show a moderate decline since 2010. Broadly speaking, Long Island residents enjoy a high quality of life, reflected in high median incomes, relatively low unemployment and crime rates, strong public schools, numerous higher educational opportunities and many cultural and natural recreational activities. However, the region's population and economic growth comes with challenges, such as traffic congestion and high property taxes. Long Islanders face some of the highest tax burdens in the State. The recent federal tax law caps the deductibility of State and local taxes, making the burden even higher for many taxpayers. The region also struggles with high housing costs. Local governments on the Island are currently undertaking projects meant to improve the quality of life. Downtown corridors and railroad hubs are among the economic development projects in both counties. 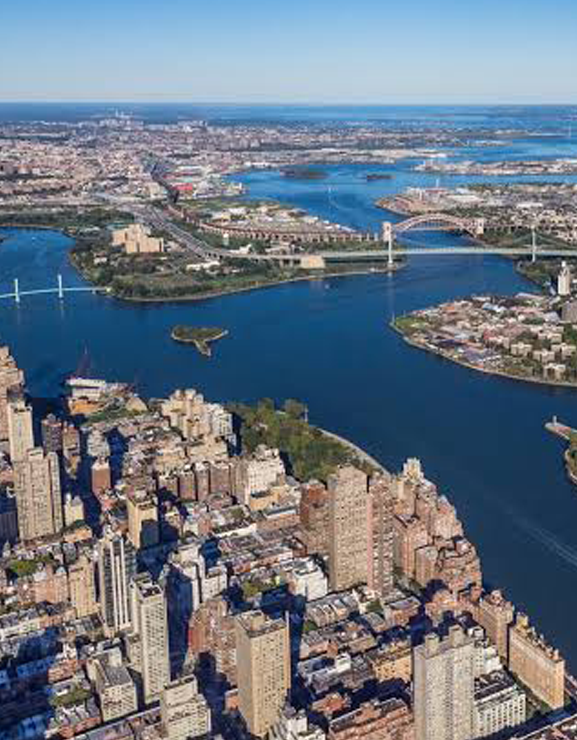 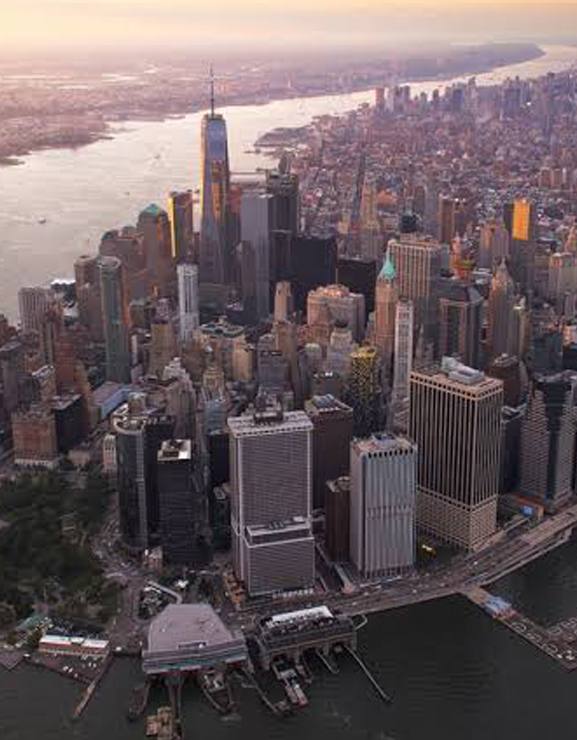 East Harlem, located in northeastern Manhattan, has one of the largest Puerto Rican communities in New York City. About half of the population identifies as Hispanic and nearly one third identifies as African-American. The neighborhood has become more diverse as the number of residents from other ethnic groups has grown. The concentration of large medical facilities, such as Mount Sinai Hospital, makes health care the largest employer. Although large employers represented only 2 percent of the businesses, they were responsible for 68 percent of the private sector jobs. Economic growth has been strong in East Harlem. By 2016, private sector employment reached a record 39,980 jobs, one-third more than 10 years earlier. The number of businesses and total sales have also increased rapidly. The average salary in the private sector was the fifth-highest of the 55 Census-defined neighborhoods in New York City. Only 6 percent of the residents, however, worked in East Harlem, and household income was the seventh-lowest in the City. East Harlem, like many neighborhoods in New York City, is changing. Gentrification has brought economic growth, but many residents still face challenges, including poverty and a lack of affordable housing. The economy will receive a boost from economic development projects already in the pipeline, the extension of the Second Avenue Subway and new zoning regulations. The City is committed to ensuring that local residents share in the benefits of economic growth, while preserving the historic character of East Harlem.

Queens is the largest in size of the five boroughs that make up New York City and the second most populous. Since the end of the recession in 2009, it has added 110,500 private sector jobs, 10 times more than were lost during the recession and more than twice as many as the second-largest expansion in the 1990s. Health care, leisure and hospitality, business services and retail were responsible for more than two-thirds of the jobs added since 2009. New York City's two airports are located in the borough and are an important part of the local economy, as well as a gateway to the world. Both airports are undergoing major upgrades, which will create thousands of new jobs. Queens is the most diverse county in the nation and has the second-highest share of immigrants. Immigrants have played a large part in the borough's success, and the importance of maximizing their participation in the 2020 U.S. Census cannot be overstated. Economic growth is evident across the borough, particularly in Long Island City, Far Rockaway, Flushing and Jamaica. The opening of the Cornell Tech campus on Roosevelt Island is encouraging commercial development in western Queens. Sunnyside Yard and western Queens exemplify the potential for future economic development in the borough. With its many cultural and culinary offerings, Queens has become a tourist destination. The borough has residents from more than 120 countries and offers a restaurant for every taste. Queens still faces challenges, such as school overcrowding and the need for more affordable housing, but the future looks bright. The borough set new employment records for six consecutive years and the unemployment rate has reached a record low. Economic development projects in the pipeline and those under consideration will create more opportunities for growth. 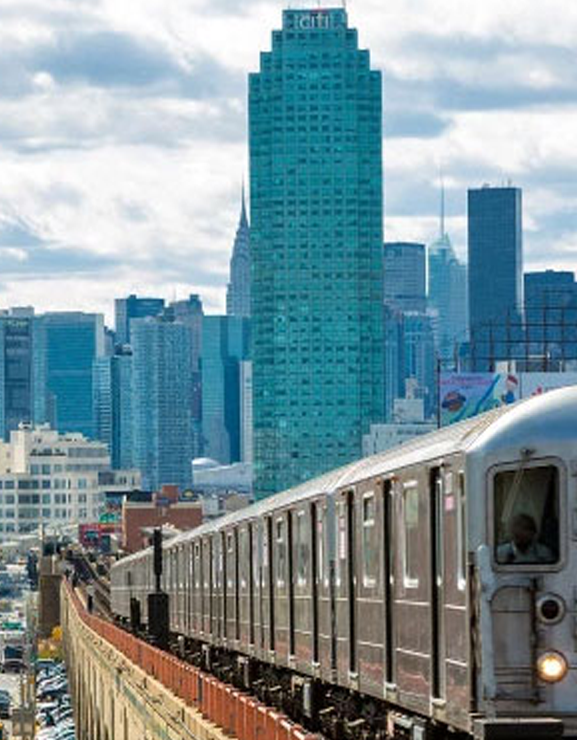 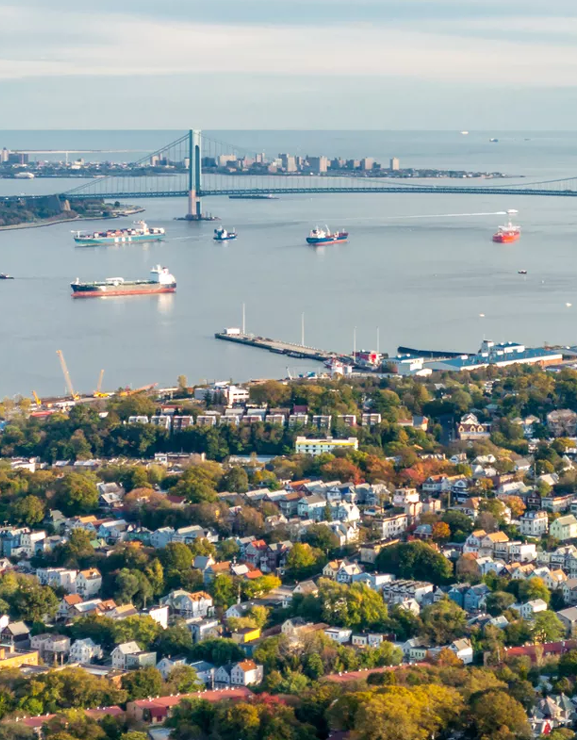 Staten Island is one of the five boroughs that make up New York City. It is the least populous and most suburban, with one-third of its acreage dedicated to parks and recreation, and is often called the City's "Greenest Borough." Superstorm Sandy struck New York City on October 29, 2012, causing loss of life and widespread damage to homes and businesses on Staten Island and elsewhere in the City. In the six years since the storm, the borough has adopted innovative solutions to help residents and businesses better withstand the impact of future storms, and more plans are in the works. Private sector employment grew by 11,000 jobs between 2012 and 2017, setting new records. Three-quarters of the gains were concentrated in four employment sectors: construction, social assistance, leisure and hospitality, and health care. The construction sector alone was responsible for one-third of the job gains. A number of economic development projects are underway that will boost employment and tourism on Staten Island. For example, the St. George Waterfront Redevelopment Project includes an outlet mall, restaurants and a new 190-room hotel with views of the City skyline. In addition, Amazon and Ikea are opening large warehouse facilities. Staten Island's rate of home ownership is the highest (70 percent) of the five boroughs, and higher than the national average. Nonetheless, housing affordability remains a challenge, particularly for renters who have a lower median household income than home owners. With six consecutive years of job growth and record employment, economic development is paying dividends. The Staten Island Economic Development Corporation recently commissioned a borough wide local needs assessment to help guide future development. 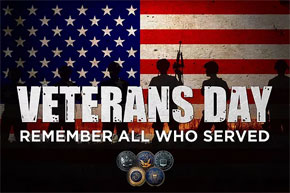 We at Unity For Equality want to thank all those.... 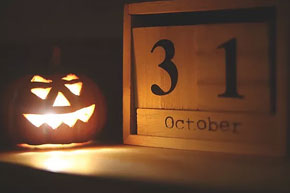 We at Unity For Equality want to wish everyone a Happy.... 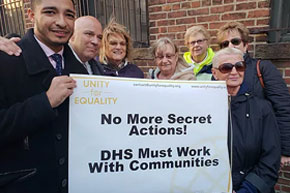 On Monday evening, Unity For Equality had the highest....

We at Unity For Equality want to thank all those....

All financial transactions are final and there are no refunds. Dismiss